Evan was born with kidney failure; from approximately 30 days old, his life relied on dialysis. For two and a half years, we drove to the hospital every Monday, Wednesday, Friday, and Saturday for 4-hour dialysis treatments – it was our life. In 2012, Evan received his first kidney transplant; a year later, he’d need another. Both kidneys were gifts from living donors: the first from me, his mom, then Monica, my mother’s cousin. His current kidney, lovingly nicknamed “Little Murph,” has been with him for over 6 years.

When Evan was in the NICU, his father and I focused on Evan not only having a life but one worth living. Our decisions were fundamentally rooted in “quality of life.” Ten years later, Evan’s journey has been full of: travel, once-in-a-lifetime experiences, family, parties, concerts, love, summer camp, laughter, sports, and friends. He dreams of driving a car when he turns 16, attending university at 18, serving as state governor, and being elected the youngest president of the United States of America, remaining in office for two terms. He turns 35 in a presidential election year; in his eyes, it’s simply kismet.

As Evan ages, my focus has evolved. I tell Evan now, “my commitment to you, is you live a long life.” I want him to live a life full of happiness and endless possibilities yet none of that happens if he isn’t well-cared for and protected. Soon he’ll transition from elementary into middle school, then high school: from pediatric physicians to adult care. Each phase requires a little more of him and a lot less of me; I imagine for any parent that stirs some anxiety. When I think of no longer being my son’s primary care giver, it physically hurts.

Being a teen carries a fair amount of resistance and finding one’s own way; the rebellion is expected. As much as I want Evan to live a life like his peers, his life depends on him being different, for now. I have had conversations with pediatric transplant social work. Their biggest challenge is educating teen transplant recipients on the importance of medical maintenance. I’ve been told, numbers show: the younger children are at time of transplant, the more successful their outcomes. I find comfort in those statistics. Children who grow up only knowing a life full of precisely timed medications continue to live their life inside of that norm. Those transplanted later in adolescence, or in their teen years, are the highest risk to lose their transplant. I’ve seen the parents of a kidney transplant recipient struggle with their teen over the importance of hydration; and, a mom arguing with her preteen liver recipient over taking immunosuppression medications. Teen angst is part of the journey; and, it’s perfectly healthy – except for our kids, when it isn’t.

In recent years, I actively teach and quiz Evan on his medications: what they are, why he takes them, when to take them, and the importance of the timing. We talk about upcoming procedures; labs; changes in care; and why they matter. He knows both he and I are the experts on him, his body, and his medical complexities – we are the constant and consistent part of his medical team – our input is the most valuable. While it is important, he know how to properly execute his care and advocate for his needs; it’s absolutely vital for him to understand why.

I have worked relentlessly to keep Evan safe. Yet now, I must learn to step aside; one day, all of the control will be on Evan. My emphasis these days is on the why because that is where Evan will discover his conviction and commitment – to hopefully his life and his health.  It is in that space, where Evan has the opportunity to reach adulthood; and, it is then, and only then, when Evan gets to live the life of his dreams. 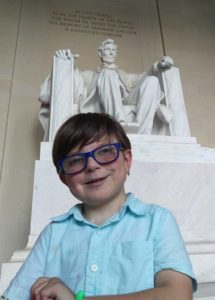 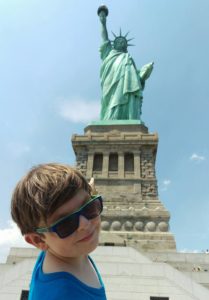 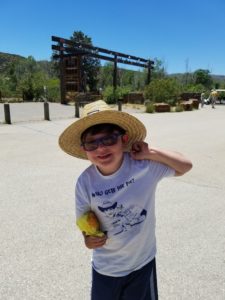